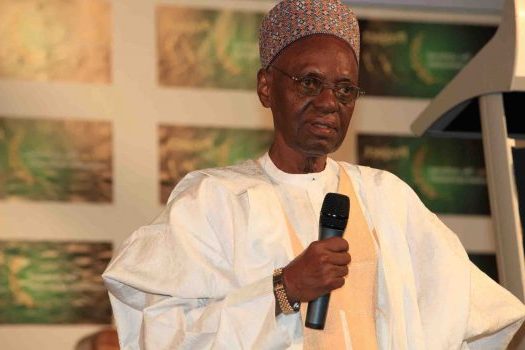 Former President of the Federal Republic of Nigeria, Alhaji Shehu Usman Aliyu Shagari has died. He was aged 93.

His death was announced by his grandson, Bello Shagari who tweeted:

I regret announcing the death of my grandfather, H.E Alhaji Shehu Shagari, who died right now after a brief illness at the National Hospital, Abuja.

Shehu Usman Aliyu Shagari GCFR, (February 25, 1925 – December 28, 2018) was a school teacher turned politician. He was easily one of the most experienced public administrators Nigeria ever produced . He served as minister or federal commissioner seven times and held various portfolios.

His foray into politics dated back to the country’s First Republic. He was elected into the Federal House of Representatives and he also worked as Parliamentary Secretary to Nigeria’s first and only Prime Minister, Alhaji Abubakar Tafawa Balewa.

He was elected President of Nigeria in 1979 following the resumption of civilian politics and the introduction of the presidential system of government in Nigeria. He thus became the first and only President of Nigeria’s Second Republic (1979–1983), after the handover of power by General Olusegun Obasanjo’s military government.

Shagari’s second term in office was halted abruptly by a military coup led by then Major General Muhammadu Buhari who became Head of State.

Following his overthrow by the Buhari junta, Shagari spent years under house arrest. When he was eventually released by the government of General Ibrahim Babangida, he chose to live a quiet life and largely restricted himself to the ancient city of Sokoto and the place of his birth, Shagari Village which is a few kilometres away from the city.