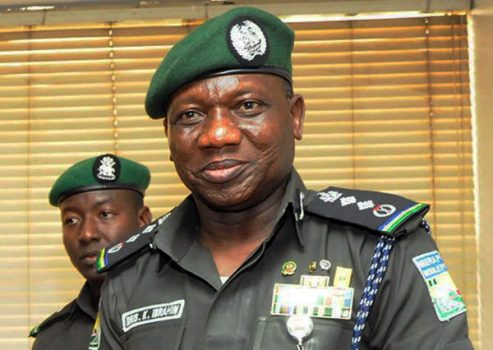 The DCPs were in charge of Operations and the State Criminal and Investigation Departments of the Command. Also removed were 11 out of the 14 Assistant Commissioners of Police (ACPs) in the Command.

The affected ACPs included Area Commanders and others who were heading strategic departments at the Command Headquarters.

It was however gathered that the Commissioner of Police in charge of Kogi State Command, Ali Janga has been transferred to Imo State. Janga was in Imo in November last year on election duty during the All Progressives Congress (APC) primaries that ended in controversy.

Speaking during the handover ceremony in Benin City, Kokumo declared the state as the most secured state in the country as he succeeded in reducing crime, resolved herders and farmers clashes and chased criminals out of the state.

The former Edo CP said he was going for a development course for career projection at the Nigeria Institute of Policy and Strategic Studies (NIPSS).

His words: “Edo is the most secured state now to do business. It is a state where people sleep with their eyes closed. We have addressed the problems of kidnapping, armed robbers, cultism and the water ways are secured. We discovered children were being stolen from the state to be sold in other states. Some were sold within the state.”

In his response, Odumosu said his duty in the state would be to improve on the current security situation so that miscreants do not hibernate again in the state, vowing to make the state a no-go-area for criminals.