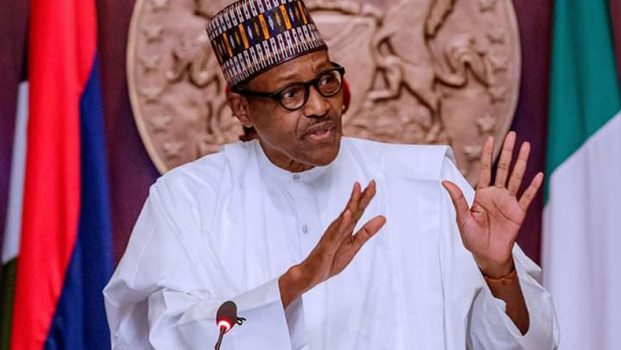 President Muhammadu Buhari has responded to the allegations contained in the petition filed by the Peoples Democratic Party (PDP) and its presidential candidate, Atiku Abubakar before the Presidential Election Tribunal.

In a response filed on April 16 by a team of lawyers led by Wole Olanipekun (SAN), Buhari said the claims by Atiku and the PDP that he was not qualified to stand for election to the office of the President were mere fabrications.

The President, who said he was far more qualified than Atiku challenged the PDP candidate to produce and tender his academic credentials before the Tribunal.

The response read in part: “The affidavit of compliance to the 2019 Form CF001 was correct in every material particular.

“Petitioners themselves are also not oblivious of the fact that respondent possesses far more than the constitutional threshold expected for a candidate contesting for the office of President of the Federal Republic of Nigeria.

“The respondent avers that he is far more qualified, both constitutionally and educationally, to contest and occupy the office of President of the Federal Republic of Nigeria than the 1st petitioner (Atiku).

“In terms of educational qualifications, trainings and courses attended both within and outside Nigeria, he is head and shoulder above the 1st petitioner in terms of acquisition of knowledge, certificates, laurels, medals, and experience.

“Respondent states further that it is the 1st petitioner who is not qualified to contest the office of President of the Federal Republic of Nigeria, and challenges the educational credentials and certificates of the 1st petitioner.

“1st petitioner is hereby given notice to produce and tender his educational certificates, indicating the schools attended by him, with dates.”

Buhari also faulted the entire petition filed by the PDP and Atiku, claiming that it more about pre-election issues over which the Court of Appeal sitting as a tribunal lacked jurisdiction.