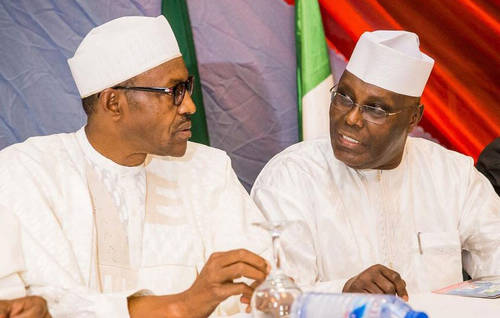 The candidate of the All Progressives Congress and winner of the February 23, 2019 presidential election in Nigeria, Muhammadu Buhari has asked the main opposition Peoples Democratic Party and its candidate, Atiku Abubakar to provide evidence that they won the election.

President Buhari told the Presidential Election Tribunal on Wednesday that by virtue of the results announced by the Independent National Electoral Commission (INEC), his party emerged victors at the polls.

In the preliminary objection filed by his lawyers in response to Atiku’s petition, President Buhari also told the tribunal that the claim by Atiku and the PDP that the TraderMoni policy of his government was a vote-buying measure was false.

While arguing that the policy was one of the many social intervention policies his government had put in place to alleviate the suffering of the Nigerian masses, Buhari asked the tribunal to ignore the claim by the petitioners that they won the election as the results they purportedly obtained from an INEC server lacked legal basis.

President Buhari also faulted the petitioners’ allegations of vote manipulation made against some security personnel and some named private individuals and organizations, without making them parties to the petition.

Buhari therefore asked the tribunal to throw the petition aside on the grounds that the reliefs sought by the petitioners were frivolous.

“The entire reliefs are not justifiable as the petitioners, who claim to have scored majority of lawful votes in substantial number of states, are also questioning their own return in those states.

“The petitioners cannot act as petitioners and respondents in the same petition. The alternative relief sought is self-defeating, apart from being frivolous.

“The election to the office of President on 23rd February, 2019, was conducted in substantial compliance with the provision of the Electoral Act, 2010 (as amended),” he added.