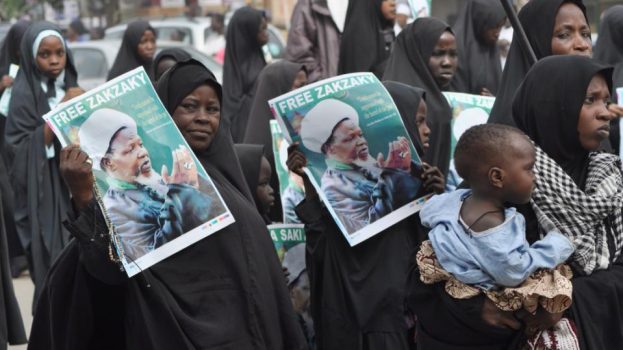 Members of Nigeria’s House of Representatives have asked President Muhammadu  Buhari to ignore the court order for the release of the detained leader of the Islamic Movement of Nigeria (IMN), Sheikh Ibrahim El-Zakzaky.

The call followed an amendment to a motion sponsored by Hon. Shamsudeen from Kano State on the need to stem the rising incidence of attacks and insecurity occasioned by the violent protests of the Islamic sect.

Hon. Herman Hembe from Benue State had suggested that the motion be amended to accommodate urging the President to obey the court orders and release El-Zazaky but the naysayers rejected the motion when it was subjected to a voice vote by the Speaker of the House, Femi Gbajabimila.

Meanwhile, the IMN have said that they have no hand in the death of the Deputy Commissioner of Police in charge of operations in the Federal Capital Territory (FCT), DCP Usman Musa.

In an exclusive interview with Vanguard newspaper, the IMN spokesman, Ibrahim Musa maintained that members of the sect do not carry weapons during protests and that the late police officer may have been a victim of friendly fire.

The Shiites spokesman also stated that several members of the movement were killed during the bloody protest as a result of the violence which was unleashed on them by security agents.

“A quick analysis of images and video clips showed that the Free Zakzaky procession was peacefully progressing prior to the brutal crackdown. It also clearly showed that the protesters weren’t bearing arms and traffic was moving smoothly without hindrance.

“The images also showed the police, armed to the teeth, intent in stopping the movement of the protesters.

“Few other policemen and plain clothes security agents were seen piling used tyres for use to set bonfires. By the time the police struck, about a dozen members of the Islamic Movement had been killed.

“The police were seen picking the corpses to an undisclosed location, perhaps for mass burial.

“Also shot were a journalist with the Channels TV and their colleague, a Deputy Commissioner of Police, whom photographs showed was struck from the back of his head with the bullet exit in front, an indication that he was a victim of friendly fire.”

“As if to hide this fact, the late policeman was hurriedly buried without any form of postmortem examination, which would have revealed the source of the bullet.” Musa said.