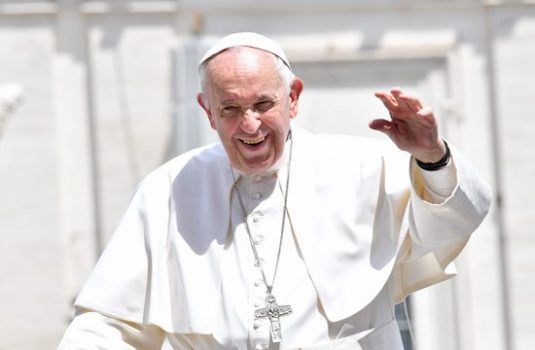 Pope Francis has been rescued by firefighters after he got stuck in an elevator in the Vatican City for 25 minutes, ahead of his weekly address on Sunday.

Francis made the revelation shortly after apologizing to the crowd which had gathered in St. Peter’s Square on Sunday for showing up late for his weekly address.

He said: “Dear brothers and sisters, good morning. First of all, I have to apologize for being late but I had an unexpected event. I have been stuck in an elevator for 25 minutes.

He added: “Thank goodness, the firemen arrived and I thank them so much and after 25 minutes of work, they managed to get it started again. A round of applause for the firefighters!”

Apparently referring to electric power, Francis attributed the elevator’s sudden stoppage to a ‘drop in tension’.

In his address, the pontiff challenged governments to take drastic measures to combat global warming and reduce the use of fossil fuels, saying the world was experiencing a climate emergency.

The pope also announced that he will elevate 13 Roman Catholic prelates to the rank of cardinal next month.They will include 10 cardinal electors under 80 years of age who will be eligible to vote in an eventual conclave to choose his successor.

He further revealed that the proposed electors come from different countries including Indonesia, Cuba, Luxembourg, Morocco and the Democratic Republic of Congo.