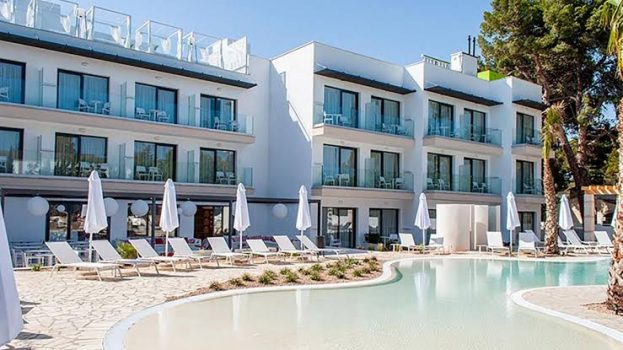 The first women-only hotel in Spain, Som Dona Hotel has opened in Mallorca. The Hotel, located near Porto Cristo exclusively caters for women aged 14 years and above.

With 39 rooms, a pool, spa, library and a roof-top terrace, the four star facility aims to offer ‘a new space for women who are looking to disconnect from the stress of daily life’.

The hotel also boasts of other services such as massages, treatments, a whirlpool tub and solarium along with locally sourced food as well as healthy and sustainable cuisine.

According to its website, guests can also participate in excursions around the island and cultural activities. Som Dona claims to welcome women of all sexual orientations, solo travellers, couples, mothers and daughters.

Significantly, the no-men policy also applies to visitors, meaning that late-night gentleman callers are not welcome.

While the hotel employs men in keeping with Spanish gender discrimination laws, the establishment is reported to prioritize women when it comes to staff recruitment.

“One of our objectives is also to give a certain visibility to women doing traditionally masculine jobs,” Capella told Lonely Planet.

While solo travel by women has grown year on year according to various travel industry studies, female travellers often have more factors to take into account than men when planning a journey.

A British Airways study of almost 9,000 18 to 64-year-olds across the United Kingdom, United States, France, India, Germany, Italy, Brazil and China in 2018 found that more than 50% of women have taken a holiday by themselves, with 75% of the women planning a solo trip in the next few years.

Meanwhile, a Culture Trip survey of 10,500 respondents found out that one in three women (34%) said they would be interested in flying solo in the future as compared to just one in seven (14%) who had taken a trip on their own in the last five years.