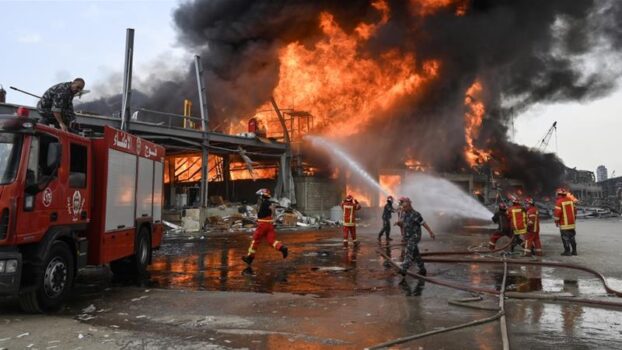 A huge blaze broke out in the port of Beirut on Thursday, just weeks after a massive blast at the same site laid waste to the capital city, killing nearly 200 people.

The cause of the fire was not immediately clear, but the Lebanese army said in a statement that it began at a warehouse where oil and tires were kept in the port’s duty-free market. No casualties have been reported.

Several workers told local media that there had been clearance efforts underway inside the warehouse to remove debris from last month’s explosion and it was at that point the fire began.

Efforts are underway to extinguish the fire which appears to have spread to adjacent warehouses.

A smaller fire had broken out at Beirut’s port on Tuesday, leading many to panic, though it was extinguished soon afterwards.