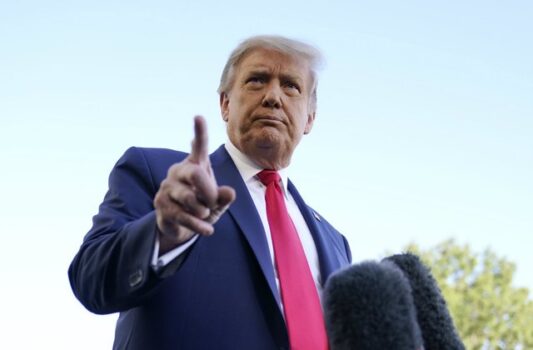 It has all the trappings of yet another high-profile scandal of the Donald Trump presidency. The American President recently pleaded with Georgia’s Secretary of State, Brad Raffensperger, to “find” additional votes to secure a win for him in the state’s presidential contest.

This development was revealed in a recording of an hour-long phone call obtained by The Washington Post. In the recording, Trump also warned the official that he was taking “a big risk” if he did not comply.

Trump has refused to concede to Biden, despite his defeat in the November 3 election and his failure to convince the law courts to overturn the results in several states.

Georgia had already conducted several audits and recounts of the result, which affirmed Biden’s victory and officially certified those results, which will be approved by Congress on January 6.

Trump told Raffensperger who is a fellow Republican in the call: “So look. All I want to do is this. I just want to find 11,780 votes, which is one more than we have. Because we won the state.”

“The people of Georgia are angry, the people in the country are angry … And there’s nothing wrong with saying, you know, that you’ve recalculated.”

Raffensperger responded: “Well, Mr President, the challenge that you have is, the data you have is wrong.”

Trump’s close allies were on the line during the call, including his Chief of Staff Mark Meadows and conservative lawyer Cleta Mitchell. Raffensperger’s general counsel Ryan Germany was also on the call, according to The Washington Post.

It comes ahead of two crucial runoff elections in Georgia on Tuesday that will decide which party controls the Senate.

All 10 living former US defense secretaries have urged President Trump not to question the election results in an opinion piece for the Washington Post. The group also said he should not involve the military in voting disputes.