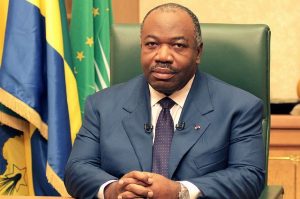 Gabonese President Ali Bongo Ondimba has said that he had spoken in London with Commonwealth Secretary-General Patricia Scotland and expressed Gabon’s willingness to join the bloc.

“A very warm and rich conversation with the Honourable Patricia Scotland, Commonwealth Secretary-General, on Gabon’s possible integration into the Commonwealth,” the Gabonese president tweeted on Monday in both French and English.

“This would be a historic milestone for Gabon! This mutual goal could become a reality during the next Commonwealth Summit in Kigali,” he said, referring to the Commonwealth Heads of Government Meeting scheduled for June in Kigali, capital of Rwanda.

In 2012, after a visit to Rwanda, the Gabonese president announced a decision to prioritize English so that his francophone country would become bilingual.

Gabon, a former French colony, won independence on Aug. 17, 1960. It is one of France’s strong links in Africa.