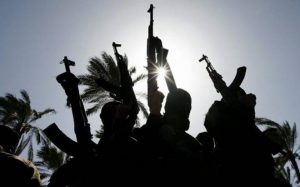 Unknown gunmen suspected to be bandits have stormed Federal Government College, Birnin-Yauri in Kebbi State and abducted an unspecified number of students and staff.

The abduction is the latest in a series of school kidnappings that have rocked the north-western part of Nigeria in recent times.

Last Thursday, a student was killed and at least 10 people kidnapped when gunmen raided the main campus of the Nuhu Bamali Polytechnic in Zaria.

The gunmen abducted two lecturers and eight students, according to Samuel Aruwan, the state’s Commissioner of Internal Security.

Aruwan confirmed that two students were shot; one died while the other is being treated in hospital.

In late May, about 200 students of an Islamiyya school in Niger State were abducted by gunmen.

Fourteen abducted students and staff of Greenfield University in Kaduna State were released in May after parents reportedly paid over N150 million ransom and bought eight motorcycles for the bandits.

The Federal Government has however denied ever paying ransom to release kidnapped persons.