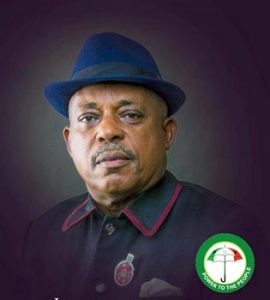 A High Court sitting in Rivers State has restrained the Peoples Democratic Party’s National Chairman, Uche Secondus from parading or acting as head of the party’s National Working Committee (NWC).

The court also ruled that Secondus should desist from parading himself as a member of the major opposition party, PDP, henceforth.

Justice Okogbule Gbasam of the Degema Division of the Rivers State High Court sitting in Port Harcourt gave the order on Monday.

Secondus and the PDP were listed as the first and second respondents to the suit.