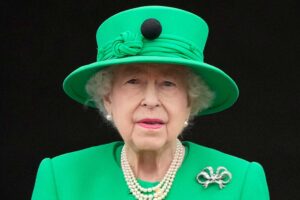 The Queen is under medical supervision at Balmoral after doctors became concerned for her health, Buckingham Palace has said.

Buckingham Palace said in a statement: “Following further evaluation this morning, the Queen’s doctors are concerned for Her Majesty’s health and have recommended she remain under medical supervision.

“The Queen remains comfortable and at Balmoral.”

Her Majesty postponed her Privy Council meeting on Wednesday night after being advised by doctors to rest.

On Tuesday, the Queen, 96, met outgoing PM Boris Johnson before appointing the new prime minister, Liz Truss, at Balmoral for the first time in her 70-year reign, in a break from tradition.

Prince Charles and his wife, Camilla, have been seen boarding a helicopter at Dumfries House in Scotland to Balmoral to be with Her Majesty, who “remains comfortable”, Buckingham Palace said.

Prince William, Prince Andrew, Prince Edward, the Countess of Wessex and the Duke and Duchess of Sussex are also travelling to be by the Queen’s side.

Princess Anne is already with Her Majesty at her Scottish residence.