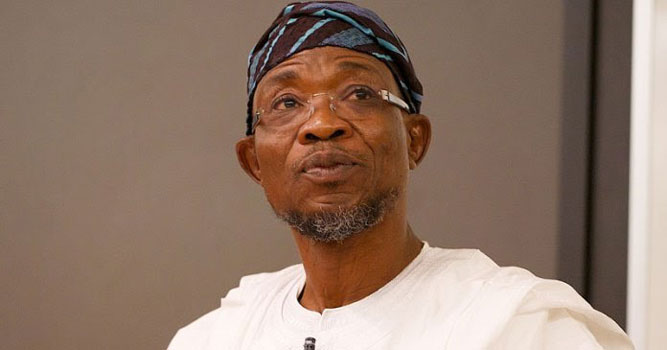 The Osun State High Court sitting in Ilesa on Thursday declared the change of the name of the state to ‘State of Osun’ as illegal, null and void.

Justice Yinka Afolabi of the High Court while delivering the over one hour judgment in the suit filed by a human rights activist, Barrister Kanmi Ajibola challenging the legality of the ‘State of Osun Land Use Charge Law’ held that the law and its makers were unknown to the 1999 Constitution of the Federal Republic of Nigeria.

Justice Afolabi further chided the State Governor, Mr. Rauf Aregbesola for single-handedly and deliberately renaming the state illegally contrary to the known norms and Constitution of the Federal Republic of Nigeria.

He further stressed that since the creation of the state in 1991, previous governments used the constitutionally-accepted name of Osun State while all the 35 other states in the federation had not deviated from the constitutional names ascribed to them.

“The executive governor of the state changed the name in 2011. The renaming of a state goes further and deeper for anyone to singlehandedly do. To re-order the name of Osun State as “State of Osun” is hereby declared as illegal, null and void,” Justice Afolabi declared.

He solicited that all businesses done in the name of “State of Osun” be declared null and void as according to him, such transactions were done contrary to the Constitution of the Federal Republic of Nigeria.

He therefore threw out all the arguments brought forward by the State Attorney -General, Dr Bashiru Ajibola who stood in as counsel for the state governor and government and that of Mrs. Rachel Ojinni, the Director or Legal Services in the state.

He also granted all the seven prayers sought by Barrister Ajibola (the plaintiff) who had gone to court in 2016 asking for certain reliefs after he was served a notice by a private company known as “Interspatial Limited” and titled  “State of Osun Land Use Charge Annual Demand Notice,” and signed by one Mrs. A. Ogunlumade, Permanent Secretary of the State Ministry of Finance.