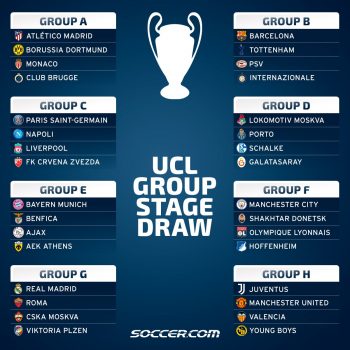 The draws for the group stage of the Union of European Football Associations Champions League (UCL) has just been conducted.

The event which was held on Thursday evening in the French city of Monaco saw Juventus of Italy, which recently signed world footballer of the year, Cristiano Ronaldo being drawn in Group H alongside England’s Manchester United.

Highlights of the draws also saw the goalkeeper of the tournament’s defending champions, Real Madrid, Keylor Navas being named as the best goalkeeper for last season’s UCL.