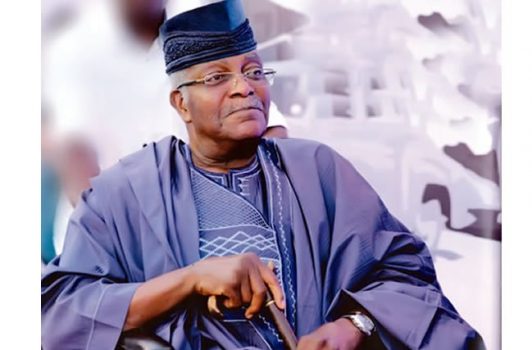 The first military governor of Lagos State, Brigadier General Mobolaji Olufunso Johnson has died at the age of 83.

His son, Deji confirmed that the retired soldier passed on in the late hours of Wednesday, October 30 after a brief illness.

Johnson was first appointed by the late Nigerian Head of State, General Johnson Aguiyi-Ironsi as the administrator the former Federal Territory of Lagos in 1966. In May 1967, Lagos State was created and Johnson became its first governor.

Reacting to the news, incumbent Lagos State governor, Mr. Babajide Sanwo-Olu expressed sadness over the death of Johnson who he said laid the developmental blueprint for the state.

Sanwo-Olu, in a condolence message signed by his Chief Press Secretary, Mr. Gboyega Akosile, described the late Gen. Johnson as a complete gentleman and officer.

While recalling Johnson’s achievements as the first Military Governor of Lagos State from May 1967 to July 1975, Sanwo-Olu said he contributed immensely to the development of Lagos state in particular and the nation in general.

“Although General Mobolaji Johnson has gone to be with his Lord and Creator, the memories of great accomplishments he left behind will linger on forever.

“One remembers how the late General Johnson’s administration worked with other seasoned professionals to establish five Government Colleges and Housing Estates which were commissioned by the then Head of State, General Yakubu Gowon, within one year of his administration.

“This, to me is the hallmark of service and has remained a benchmark for successive administrations in the state,” Sanwo-Olu said.

Sanwo-Olu described Johnson as a man with a mission to see a modern Lagos evolve, noting that the vision of the late governor had started to manifest as every successive administration in the state strives to build on the developmental structure and foundation of good governance laid by late Gen. Johnson.

“We must ensure that the people enjoy the dividend of democracy. Development must touch the lives of the people directly. This is the best way to immortalize the late Mobolaji Johnson because this is the virtue he lived for.

“On behalf of the Government and people of Lagos state, I want to express my sincere and heartfelt condolences to the family of late Brigadier General Mobolaji Johnson,” Sanwo-Olu added.