World’s Most Wanted Man, Al-Baghdadi Kills Self To Avoid US Capture 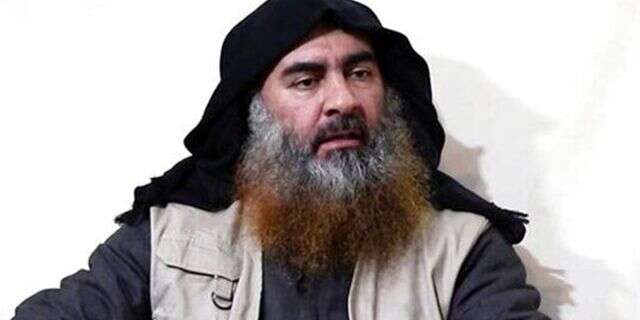 Islamic State leader,Abu Bakr al-Baghdadi has apparently died alongside three of his sons during a night raid by US Special Forces in a remote part of northeast Syria.

US President Donald Trump personally broke the news on Sunday during a televised address to the American people from the White House.

According to Trump, when al-Baghdadi saw that he was surrounded from all sides by the American troops who came in helicpters, he ran into a tunnel and detonated a suicide vest which killed him and his children. Said Trump:

“He died after running into a dead end tunnel, whimpering and crying and screaming all the way. He ignited his vest, killing himself.

“He reached the end of the tunnel when our dogs chased him down. He dragged his sons along.

The American president said no US personnel died during the operation except for a US military dog. He also said eleven children were rescued from the raid site.

President Trump has acknowledged Iraq, Russia, Syria and Turkey as countries who cooperated with the US to make the raid possible. Some news reports are already claiming that Iraq and Syrian Kurds produced the intelligence which facilitated the raid.

Al-Baghdadi became the world’s most wanted man following the bloody escapades of the Islamic State which declared expansive swathes of land of war-ravaged Syria and Iraq as a caliphate under his bloody rule. He had remained largely elusive since the defeat of Islamic State and the US and her allies had to put a large booty on his head.